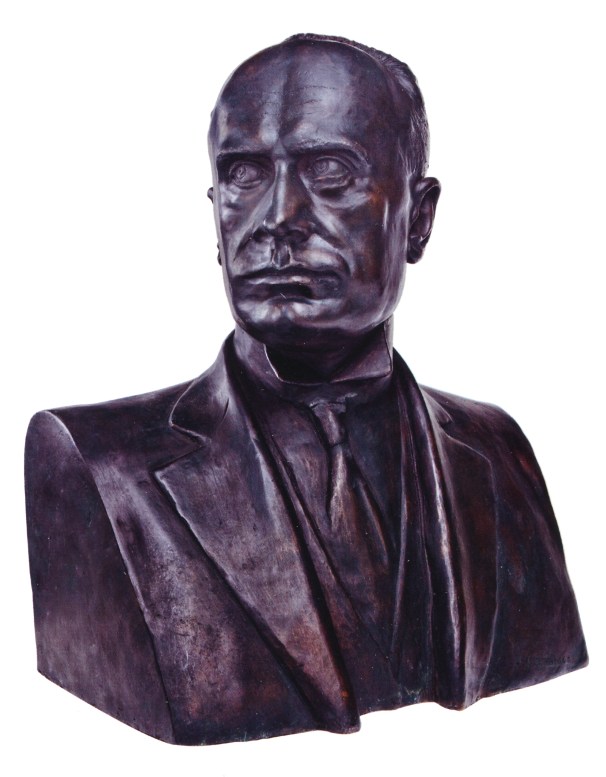 Heritage Studies has dealt with Italian Fascism in different ways but paying little attention to the movable items linked to the regime, such as paintings, sculptures and memorabilia. Over the last decade, private collections linked to the Mussolini iconography have emerged, owing to a renewed social acceptance of it and more items of Mussoliniana being readily available. Due to the reluctance of experts to confront this issue and the expansion of private museums in Italy, spontaneous initiatives have sprung up including a permanent exhibition of Mussolini iconography as part of the MAGI’900 Museum in Pieve di Cento, which consists of approximately 250 portraits of the Duce in different media. The nucleus of the original collection once belonged to the historian Duilio Susmel and was part of a large documentary collection put together during the 1960s and 1970s. Susmel hoped it would become a museum or a centre for Fascist studies, but ultimately it remained in his private villa near Florence until the 1990s. The archive is now split between Rome and Salò, and the Mussoliniana was purchased by Bargellini, who added busts, paintings and knick-knacks. Since 2009 it has been on display in a section of Bargellini’s museum entitled Arte del Ventennio. Therefore, the Italian State tolerates its existence but sadly it is ignored by most experts, despite the study opportunities it offers.

Previous Post: Introduction. Difficult Heritage and Its Making
Next Post: Fascism on display: the afterlife of material legacies of the dictatorship