You say there’s a lesson that you want to teach
Well here I am baby, practice what you preach

It is a peculiar species that migrates south each summer, clothed in khaki-coloured fieldwork trousers, leaving the temperate but cold and stormy oceanic climate of Northern Europe for a more benign Mediterranean environment. Unlike many other contemporary migratory groups that set out for Italy, Greece and Turkey, these temporary settlers generally do not have to fear many setbacks during their journeys, let alone during their stays. In a true colonial and imperialist spirit, the sunburnt migrants come to extract cultural knowledge and heritage from the lands they travel to; apparently these are scarce goods in their homelands. With pick-axes, find labels, drones, shovels, and drawing paper, they invade the sunlit lands and start to dig for sherds, structures, skeletons, and other traces of past activity. In this case, their profession is called Classical or Mediterranean archaeology, and their goal is to distil data that fuel their foreign academic careers.

The above is of course a little cruel; is it really necessary to assault this seemingly innocent little group of high-educated boys and girls, with their well-meant passion for history and culture? These polite and well-adjusted beer-drinking northerners, what harm do they do? Moreover, in the last few decades they took a long hard look in the mirror – or so they tell us – and they have profoundly altered their discipline. Gone are the corduroy suits, pipes, hats, and pocket-size Loeb editions of Livy and Strabo! Gone is their perverted obsession with art, aristocracy and ‘classical foundations of western culture’!

Yes, a spectre has haunted Classical Archaeology, the spectre of post-colonialism. Any epistemological analysis conducted in the early 1980’s would probably have predicted the soon going extinct of the Classical discipline. However, with the arrival of new post-colonial narratives in the 1980’s and 1990’s – among which: giving back history to ‘the people without history’, questioning the agency of imperial power, emphasizing indigenous responses to empire, emancipating chronological periods and areas that did not fit the former colonial and Eurocentric discourse – the discipline reinvented itself as a seemingly self-conscious project that was eager to deconstruct anything that was left of the ‘classical’ in Classical Archaeology. However, whereas the theoretical foundations of the discipline have undergone profound paradigmatic shifts, the practice of doing fieldwork in the Mediterranean has remained almost unaltered since the ‘dark days’ of corduroy-archaeology; every summer, the migration starts again.

So what exactly is the problem? Let us take a closer look again at the protagonists of this blog entry: foreign archaeologists professing the noble arts of excavation and landscape survey in the Mediterranean. I happen to know these archaeologists quite well; in fact, I am one myself. After many field seasons in Italy and some in Greece, this summer I excavated in Turkey with an international team of Danish and German archaeologists. My concerns are however not pointed at one specific excavation or foreign university – they apply to the discipline and the phenomenon in general. The concerns stem from a genuine feeling of discomfort when it comes to my own positionality as a ‘Mediterranean archaeologist’, especially when conducting fieldwork.

I will explain this discomfort a bit more and a blog like the one Ex Novo hosts seems the perfect occasion to be provocative, so please bear with the following caricatures. In a group of foreign fieldworkers that work in Italy, Greece or Turkey, we might distinguish between two different positions towards the local culture and society. The first position is most often found under students; this stance I call ‘The Inner Colonial’. It contains those fieldworkers that do not do any attempt to speak the local language, to adjust to local habits, or to get in contact with local inhabitants living close to the archaeological site. They essentially behave like tourists that are not interested in the country they visit, they find many things ‘strange’, ‘retarded’, ‘primitive’, or ‘non-hygienic’, and often behave in a paternalistic and supremacist manner. In every fieldwork project I have been part of, this position was present and it presented itself most clearly in the relation with the boys and men from nearby villages that worked on the excavation as a summer job. Also, the idea that the fieldwork and its resulting ‘heritage site’ can serve as an ‘economic injection’ in the area as a touristic attraction or can ‘raise historical awareness’ in local populations is remarkably close to the mission civilisatrice of past centuries. As a matter of course, this position is in stark contrast to the theoretical post-colonial discourse that Classical Archaeology has shifted towards. Its colonial aura is self-evident however, and therefore not very stimulating to criticize.

The second of these stereotypical positions is much more interesting because thus far it has remained almost completely unchallenged. I coin this position ‘The Devotee’, and I suspect it is most often found in the staff of fieldwork projects. Importantly, I believe this position is a direct consequence of our current understanding of post-colonialism in archaeology. The Devotee travels southwards every summer and has taken the proverbial ‘when in Rome, do as the Romans do’ to a higher level. So high even, that we might accuse these Devotees of having the pretention that, to some extent, they have ‘become Italian’. They practice the art of ‘local immersion’: in an attempt to get rid of their northern situatedness, they have surrendered completely to the culture they study. In a way indeed, this practice of ‘local immersion’ creates very peculiar global or bi-local identities. The Devotees speak Italian (dialects, what’s more!), cook Italian, and they know the Italian cultural rules (no cheese on your pasta with fish! No cappuccino after 11 o’ clock!  Don’t go in public with wet hair! etc.). In many ways, they idealize Italian culture, but at the same time they have also incorporated the Italian discourse of complaining about Italy. In fact, the Devotee often knows more about the history and culture of the Mediterranean region they work in than that of their own northern European birthplace.

On an individual level, I consider  this local immersion as  a form of Bourdieu’s concept of building ‘cultural capital’ and therewith demonstrates a colonial reflex that essentially has not changed since the Grand Tour-Bildung of aristocratic young men in the 18th and 19th century. However, I think that the position of the Devotee also has more structural problems. The wish for local immersion should, I belief, be understood as a post-colonial strategy to deal with a deep-down discomfort with the unequal power-relations that are created by fieldwork in foreign countries. The inner psychology is, I think, remarkably simple: if the post-colonial critique on imperialist knowledge extraction by foreigners in the Mediterranean is valid and poses problems, the only thing we are left to do is to become Italian/Greek/Turkish ourselves. This form of cultural appropriation has a strongly instrumental character in the sense that ‘doing Italian’ is subconsciously used as a social strategy with which one attempts to exculpate oneself from the colonial critique – thus neglecting the need for a reflexive debate. This opportunistic strategy of local immersion thus is a version of the famous quote from Giuseppe Tomasi di Lampedusa’s novel Il Gattopardo: “for things to remain the same, everything must change.” (you will realize that, being an Italophile Devotee myself, I could not but showcase the cultural capital that I acquired during fieldwork in Italy). The Devotees appear to comfort their latent conscience by acting as if they are cultural chameleons who can escape from being a cultural Other. I believe this is a misconception that itself reinforces a colonial inequality as it does not acknowledge that the relation is unidirectional: there are for instance no Italian universities excavating in the Netherlands.

How necessary are these foreign excavations in the Mediterranean actually? It seems that fieldwork as such is still central to the general self-definition of the archaeological discipline. But is it not time to acknowledge that fieldwork is merely a method within our discipline rather than the quintessential ritual that constitutes what it is to be an archaeologist? In this light, a more forceful turn to unpublished legacy data as well as old-fashioned interpretations and undertheorized analyses is probably much more urgently needed than the production of new fieldwork-data. Many of the excavation reports from the 19th and 20th century are still waiting to be unlocked; if there is one location where digging is really needed, it is in the archives. A real post-colonial archaeological practice would thus for instance be to show our responsibility for the careful publication and analysis of the enormous amount of generated legacy data from the past century. 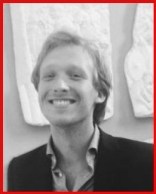 Lennart Kruijer studied Classical and Mediterranean Archaeology at the University of Amsterdam and the University of Leiden and is currently a PhD Candidate within the research group Innovating Objects. The Impact of Global Connections and the Formation of the Roman Empire (200-30 BCE). His research deals with processes of cultural interaction and transformation in the Eastern Mediterranean and is specifically focused on unlocking the legacy data deriving from rescue excavations in Samosata, the capital of the Late Hellenistic Kingdom of Commagene.