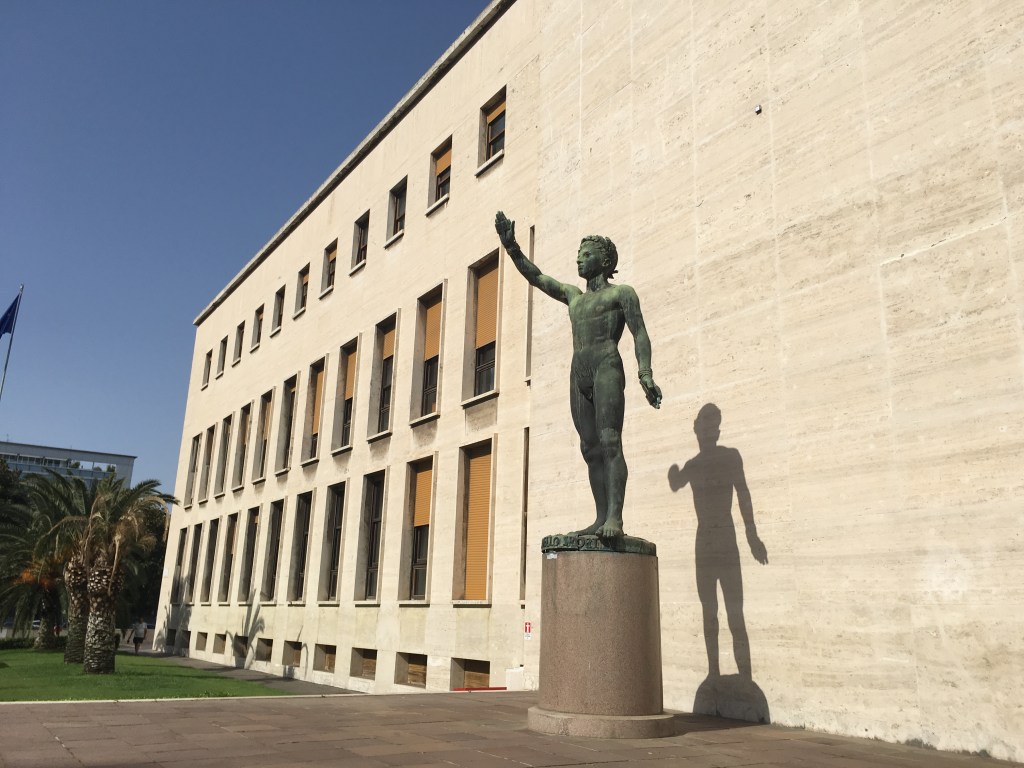 The year 2015 marked the seventy-fifth anniversary of the end of World War II, a commemoration that prompted Italy to reconsider the complexity of the Fascist phenomenon and how the artistic creations and urbanism of the regime contributed to shaping city landscapes across the country. Fascist material legacies are an unequivocal presence in any Italian city, but the ways in which they have been preserved or not, reused or abandoned, provokes consideration of the complexities of the country’s renegotiation of its Fascist past, shifting from iconoclasm to present-day heritage status. Heritage designation and the restoration of Fascist works of art and architecture have posed questions regarding selectivity in heritage and whether Italy has yet to come to terms with its Fascist past. This paper will look at how Italy’s approach to Fascist heritage, which has recently been framed as ‘difficult heritage’ following Macdonald’s work on Nazi Germany, is an expression of the conflicting narratives that surround any renegotiation of the Fascist past, and how some recent conservation projects and exhibition have failed to demonstrate reflexivity over Fascism. It will also deconstruct the role of restoration and the heritage practices of preservation and management and will question the link between conservation and changes of attitude regarding a ‘difficult’ past.

Previous Post: Collecting Mussolini: The Case of the Susmel–Bargellini Collection
Next Post: Edmondo Rossoni and Tresigallo. An Atypical Case of a Regime Town