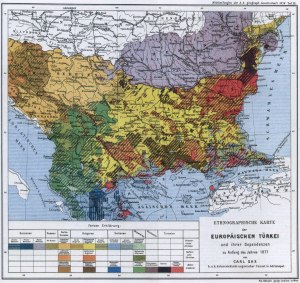 It is now widely acknowledged that Bulgarian academic discourses of the country’s so-called communist era (1945-1989) were heavily politicized with the aim of nationalizing and ethnicizing the history of the Bulgarian people. This communist era phenomenon subscribes to a chronologically vaster process of nationalist continuum recognized to have spanned from the middle-end of the nineteenth century to at least the early 1990s. Despite this trend, Bulgarian academics, especially in the field of archaeology, have more recently presented their post-communist, transition period disciplines as ideology-free, objective, scientific research.

In this paper, we provide examples of recent theoretical developments and interpretations in the sub-field of thracology – studies of ancient Thracian culture – that indicate that this claim to objectivity is unfounded. Based on the examples provided we argue that not only have Bulgarian academic discourses in the fields in question not severed with the ethnicizing practices of the so-called nationalist continuum of the pre-communist and communist eras, but they are now flourishing on the nationalist foundation of the preceding century and a half. As such discourses are reproduced unquestioningly in specialized publications, their influence on right wing populism is incontestable as they provide the latter, wittingly or not, with the scientific authority it needs to justify its ethnicizing of “historical” tenets of racial and social discrimination.