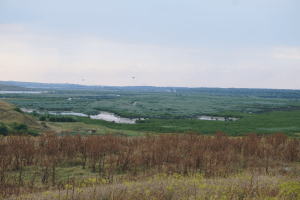 Frontiers of Romania: Nationalism and the Ideological Space of the Roman Limes

Modern Romania is a nation-state containing space which has long been considered marginal – first as part of the Roman Empire and now within the European Union. The national narrative of Romania highlights this liminality, focusing on the interactions between the Romans and the local Dacians on the northeastern border regions of the Empire. Romania still contains significant material remnants of the Iron Age, including the Roman Limes, a series of fortifications on the Danube River meant to protect the Roman borders. As such, the archaeological tradition of this geographic space is heavily entangled with Romania’s identity as a frontier region. This paper outlines the formation of Romanian national space, focusing on the period between the seventeenth century and 1918. It considers the relationship between the materiality of the Roman Limes and ideological frontiers in Romania, examining the role of archaeology in the sustainment of the Romanian nation space.