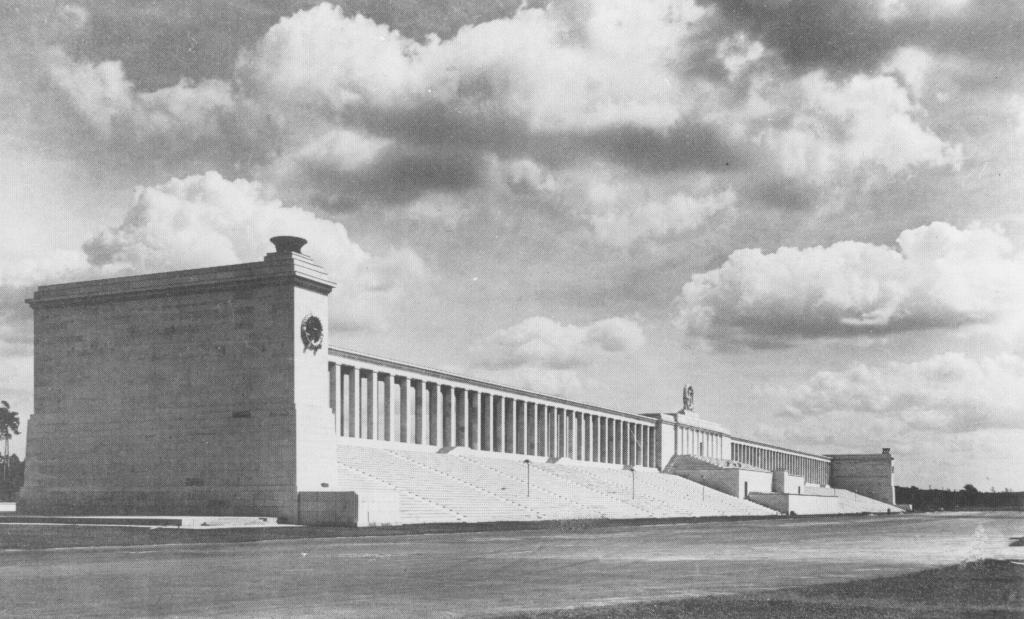 The former Nazi Party Rally Grounds in Nuremberg reflect politics and public debates in Germany between suppression, non-observance and direct reference to the National Socialist Past since 1945. Within this debate, various ways of dealing with the architectural heritage of the National Socialism exist. Those approaches are often contradictory. Since 1945 (and until today), the former Nazi Party Rally Grounds have been perceived as an important heritage. However, despite innumerable tourists visiting the area, parts of the buildings were removed and through ignoring the historic past of the Nazi Party Rally Grounds, an everyday usage of the area was established. As of the public representation of the city, Nuremberg’s Nazi Past was played down and hidden. Simultaneously, considerable efforts were made to maintain and renovate areas of the Party Rally Grounds, partly out of a pragmatic manner as well as to document and educate about history. The special role Nuremberg played under National Socialism, led to a particularly prominent culture of remembrance (Erinnerungskultur). However, this isn’t the outcome of a simple success story coming from initial public suppression to a conscious examination of the National Socialist Past. It has been a rather contradictory non – linear process, continuing until today.