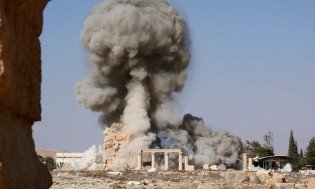 (by Caroline A. Sandes)

The reconstruction of central Beirut after the Lebanese civil war by Solidere is not generally considered a success. It has resulted in a soulless, expensive and exclusive area aimed at tourists and wealthy overseas business people who have generally failed to materialise; local people tend to go elsewhere, except when protesting (Ilyés 2015). Despite the fact that Beirut was known to be an ancient city with occupation stretching back to prehistoric times, the initial post-war plans were for a modern city centre built on a tabula rasa. Little thought was given to any cultural heritage. Subsequent protest at this planned destruction ensured changes to the original redevelopment plans to incorporate historic building conservation and some archaeological investigation but it was far from ideal, and often became tangled in the ongoing politico-religious conflicts (Sandes 2010).

Aleppo is another such city; occupation can be traced back to the 10th century BCE, and its old city has World Heritage status. The ongoing Syrian war has caused dreadful destruction of the city and its peoples, but in the rebuilding how important will this cultural heritage be considered?

This paper examines the role of the built heritage, particularly archaeology, in the (post-) conflict urban reconstruction process and with reference to Beirut, examines what archaeology has the potential to offer to the rebuilding and rehabilitation of Aleppo and its communities.

Previous Post: The Impact Of The Fall Of Communism On European Heritage (Vol.1, 2016)
Next Post: Reconstructing Cultural Heritage In Conflict Zones