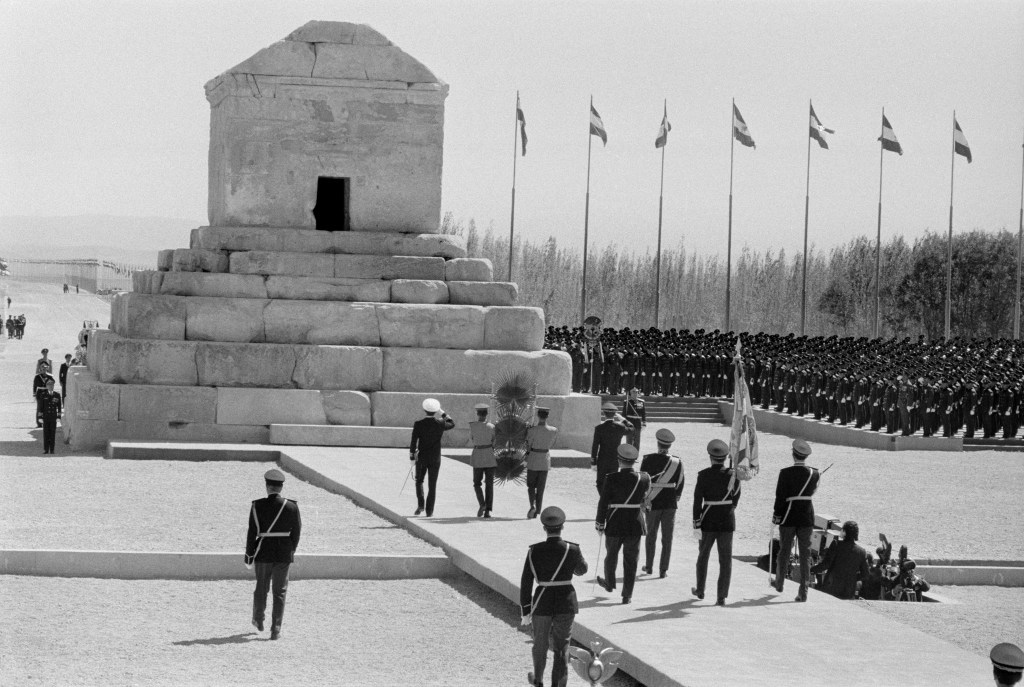 This paper explores the ways in which the materiality of the Achaemenian Empire was incorporated into the narratives of different polities and political groups on the Iranian Highlands. These approaches, which have continued into the present day, have marked these sites as objects of appropriation, imposition, resistance and negotiation by various actors in different discursive arenas. The current study further deals with the question of whether there was a biographical difference between distinct sites.

(IRAN – Pasagarde. At the tomb of Cyrus the Great, celebrations of the 2500th anniversary of the monarchy)